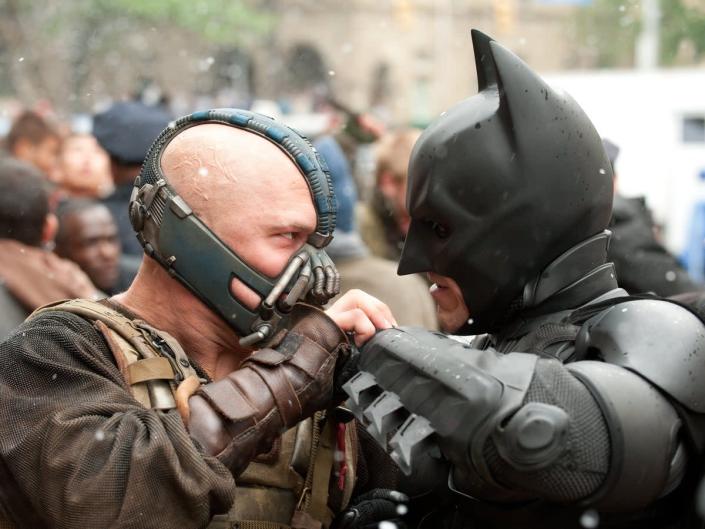 Tom Hardy has been voted the hardest actor to understand by Americans.

A new survey by Preply, via The Wrap, found that US viewers have a harder time following along with the British actor’s dialogue than any other star.

The Birmingham-set gangster series Peaky Blinders, a show on which Hardy appears as Alfie Solomons, was also voted the show Americans found the hardest to understand.

Fans of the actor will know that Hardy can be notoriously difficult to understand in certain roles, known for mumbling or delivering his lines from behind a mask with a heavy accent, as in Christopher Nolan’s The Dark Knight Rises.

In 2018, US publicationVulture published an article titled “Tom Hardy Needs to Learn How to Enunciate”. In 2020, Dallas Observer ran a piece ranking Tom Hardy movies “by how hard it is to understand what he’s saying”.

American viewers also said that they have a hard time deciphering the accents in the Irish sitcom Derry Girls, Game of Thrones, Outlander, and Downton Abbey.

The purpose of the survey – which interviewed 1,200 people – was to look at the use of subtitles among American film and TV viewers.

According to its findings, half of Americans use subtitles most of the time.

These figures increase as the age group becomes younger, with 70 per cent of Gen-Z audiences reporting that they use subtitles most of the time.

Hardy is next set to star in Netflix’s action film Havoc by Gareth Evans, the director of the acclaimed Indonesian movie The Raid.

Havoc – which also stars Timothy Olyphant, Michelle Waterson, and Forest Whittaker – is set to be released on Netflix later this year.